This page provides information and instructions for deploying Campaigns and Missions and invoking Missions.

Before you can deploy Campaigns and Missions the follow prerequisites must be met:

You may deploy Missions independently or collectively as part of a Campaign. When you deploy a Campaign, all of the Missions associated with the Campaign, are also deployed.

You may deploy/undeploy a Campaign from the Campaign List page (kebab menu) or from the action menu at the top right of the Campaign Summary page in Cortex Fabric Console. 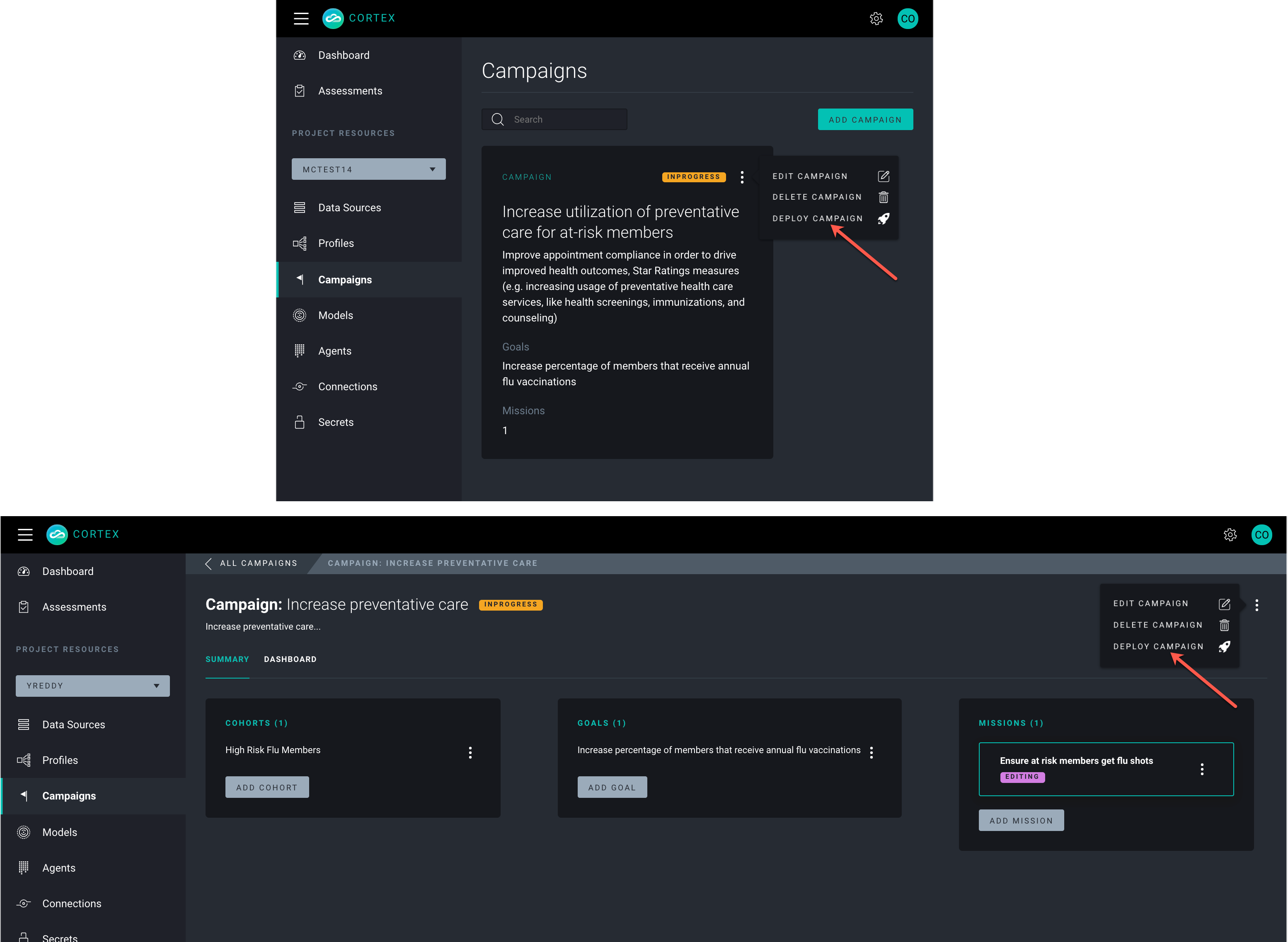 Deploying the Campaign and/or Missions:

Mission invoke runs the Skills configured as Intervention Actions. These Skills are assembled into Cortex Agents by the system. These Intervention-Action Skills along with other system-Skills execute the runtime cycle that collects feedback and rewards to train the models.

At this time users have no visibility into this system-controlled orchestration.

Deploy and Invoke a Mission#

To stop a Mission that has been invoked simply undeploy the Campaign from the Action Menu on the list view card or at the top of the Summary page.

It is useful to know how the Mission runtime works once the Mission has been invoked, however, there is little visibility into the system components described below.

Three System-Agents are employed durning runtime to fetch the configuration and dependencies, collect feedback, apply rewards, and train the model. They are as follows:

When you invoke the Mission, the system Agents and Skills are executed synchronously.